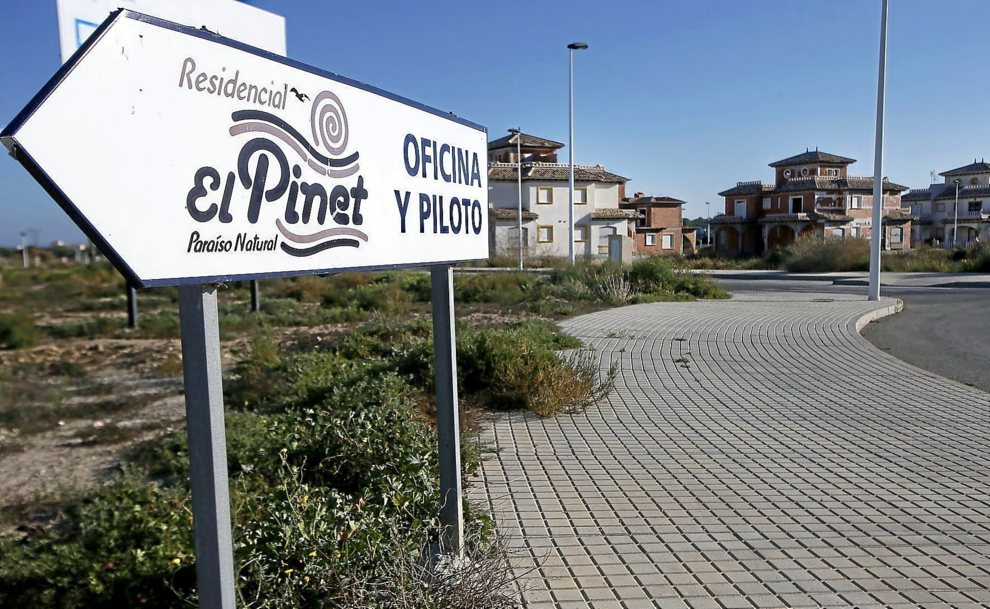 A Court in Madrid has awarded 6 off-plan property buyers a grand total of circa four hundred thousand Euros, inclusive of interest, as a result of a bank guarantee claim filed against BBVA bank, the second largest in Spain.

The Court found against the bank as a result of the existence of a collective bank guarantee issued by the bank, despite no individual guarantees being available for each investor. On this occasion, it was not necessary to invoke the Supreme court case law as the merits for winning the case had been already established by previous Appeal Court rulings.

Antonio Flores from Lawbird comments on a possible legal action involving El Pinet development by San Jose Inversiones, and the enforcement of bank guarantees to recover the deposits paid by purchasers.

Strangely, only a minority of purchasers ever had the luck of putting their hands on a bank guarantee that would have ensured, almost certainly, a quick refund. Much discussion has been had sorrounding their mere existence but not less importantly, other points of law. There is a disparity of opinion relating to the above subject on occasion of the possible legal representation of a potentially large number of property buyers that may have had access to a valid one but did not, and whether this was because the developer refused to ask for it from the bank, or it was granted but expired, or a general one was in place but individual ones were never issued.

The case law below has covered some of these legal uncertainties in the following rulings:

“The fact that the developer did not deliver an individual bank guarantee to a property purchaser cannot leave this person outside the guarantee contracted since the rights stemming from the 57/1968 Act are unwaiverable.” The lack an individual bank guarantee could affect, at the most, to the type of proceedings to be filed but not the right of the buyer to enforce the guarantee.” (executive as opposed to ordinary proceedings).

“The allegation that the down payments were not paid into the special account does not prevent a buyer from claiming on a bank guarantee. The same applies to a supposed limitation on the extent of a guarantee alluded to by the bank: it is an allegation immune to the privileged position of the consumer”.

“It has evidenced that the buyer paid, on account of 2 off-plan properties, the sum of €61,000. The guarantee to refund this payment to future property purchasers, with interest, granted as a general purpose loan by the defendant, must cover the full amount without possible exoneration of this obligation on grounds that part of them were not paid into the bank for, in conclusion, this is a matter that belongs to the scope of the relationship between the developer and the bank and not opposable to a buyer that complied with his obligations, fully.”

“ The date of expiration of the bank guarantee cannot be the one fixed between the developer and the bank without the consumer’s intervention, but the one envisaged by law, given the mandatory nature of the 1968 Act which, according to article 4, is the date of the license of occupancy issued by the Town Hall. In the particular case, the defendants invoked a date different from that enshrined in the Consumer Protection 1968 Act, cannot be upheld as it manifestly infringes law of mandatory application.”  “The individual bank guarantee stipulated that €16k would be covered. The contract, on the contrary, states that the sum of €31k was to be paid and proof of payment is duly documented. The relationship between Caja Cantabria and the buyers does not derive from the bank guarantee, but from the law. The law requires Caja Cantabria to guarantee all amounts paid through the special account, of which use the savings bank has to be especially vigilant, so that all sums are paid through this account and also, that they are used for the purpose of the construction, solely, without being misused. When the bank guarantee does not cover all sums paid, the deal is contrary to law. Caja Cantabria should have known the business conducted by the developer and demand a precise report of each one of the buyers and the sums paid by them, in such a way that when providing the bank guarantee it did not carry out the job in contravention to the laws.

The delivery of the individual bank guarantee by Caja de Ahorros de Burgos was subject to the developer handing over copies of private purchase contracts, and payment of the deposits in the special account opened to that effect. This obviously was not fulfilled by the developer. Consumers however should not be burdened with additional obligations in respect to those pertaining to the policy holder (developer) and obligations pertaining to the guarantor (bank), to the extent that failure by the bank to deliver an individual bank guarantee to the purchaser/consumer cannot be invoked as an impediment to demand responsibility from the bank.

It is important to remember that the 1968 Act is imbued with special protective functions, in respect of the rights and interests of the buyers of property that pay all or part of the purchase price, upfront, and as such the precepts therein included need to be interpreted in the most favourable way to consumers, who cannot be damaged by non-fulfilments or failure to observe obligations and mandates that banks, insurers and developers are under and in whose hands is, specifically, the obligation to comply with the cited norm.