We did not foresee the Appeal Court in Alicante overturning a judgement that left little room for interpretation.

As expected, the Court of First Instance ruling forcing the all-purpose entity SGR- Sociedad de Garantía Recíproca de la Comunidad Valenciana (it comes across as a lender/insurer/guarantor, depending on who you ask) to refund fully a property purchaser of the failed Herrada del Tollo development, promoted by the developer Herrada del Tollo S.L., affiliate of the San José Inversiones Group, was ratified with ease.

And so, what are the most practical conclusions that can be derived from the premises set forth by the initial ruling that has been confirmed by the Appeal Court in Alicante?

Meanwhile, we have read that San José Inversiones has managed to emerge from the receivership proceedings and will resume its activities on projects that stalled as a result of the above process. 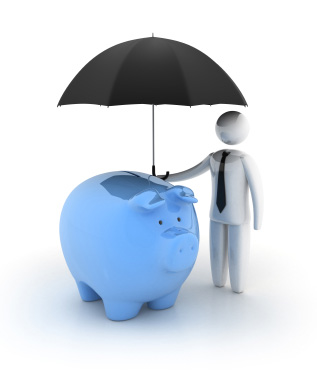 We took some chances and it worked out. A claim filed against the guarantor of the Herrada del Tollo S.L., developer for Santa Ana del Monte (and who we jumped over since they’d filed for voluntary insolvency), has been resolved favourable for the claimant. From a procedural point of view, it is an interesting case for it was not heard given that, legally speaking, the issues at stake were purely juridical and therefore, no evidence was to be proposed for admittance. In other words, there was no evidence of probative value in dispute and consequently, the pre-trial was enough to fix the object of the case and conclude that there was no possible settlement.

The defendant, “Sociedad de Garantía Recíproca de la Comunidad Valenciana (SGR)”, an insurance company of uncertain purpose, had given a guarantee to cover deposits worth €6,500,000, on behalf of Herrada del Tollo S.L. They did not, however, offer individual policies or guarantee documents to each individual and so, tried to negate the validity of the document under this pretext. The Court contended that not having an individual policy was not tantamount to losing the cover and falling by the wayside, given that the inalienable rights dispensed under Law 57/1968 are of a consumer-protection nature, but furthermore the ruling establishes that it was the intention of the insurer, when entering into a contract with the developer, to guarantee the down payments.Secondly, they opposed that the sums were not paid into the special account the law envisages and also, that the policy was capped to a certain sum. According to the judge, private agreements between the developer and the insurer cannot affect the privileged immunity the consumer has, in relation to Law 57/1968. The judge ruled that the defendant must pay back €60,000 plus interest, calculated as from the time the developer took the deposit.